​Each design is available on 25 different products! 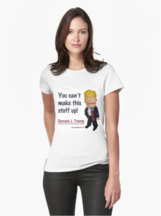 Donald J. Tramp is a servicemark of April Brucker. 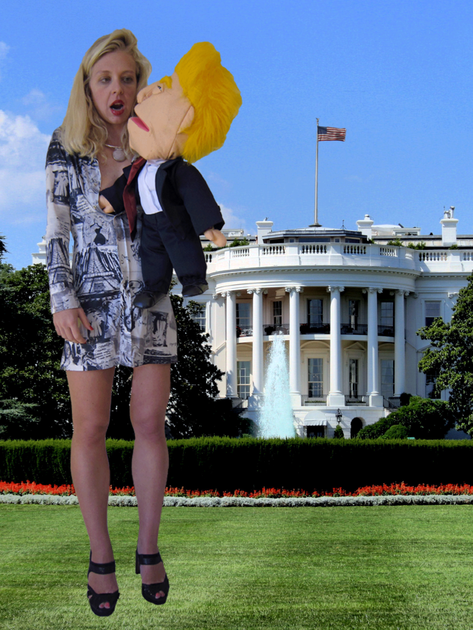 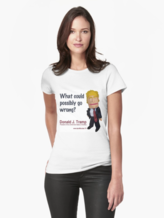 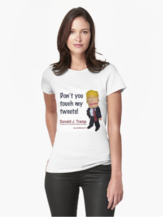 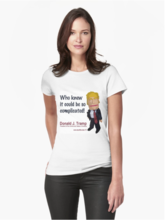 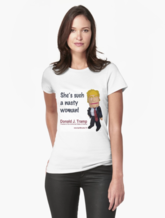 The next time Donald J. Trump calls someone a dummy, he just may be politically correct. Meet Donald J. Tramp, a ventriloquist’s dummy that bears a striking resemblance to the 45th U.S. President complete with orange quiff, squinty eyes and of course an outrageous mouth. The ventriloquist is actress-comedienne April Brucker, whose YouTube campaign reports have attracted thousands of viewers worldwide and attracted media attention from Pittsburgh to Düsseldorf to Reykjavik.

April Brucker was a spokesperson for Stand Together Against Trump, a political action committee which organized peaceful protests of Donald Trump's candidacy during the 2016 Republican National Convention. She received worldwide media coverage at the RNC from ABC News to the Associated Press and Cleveland.com to The Wrap and even Yahoo Style. Plus, she attracted online, print and television coverage at the first Presidential Debate at Hofstra University and reported for The Clyde Fitch Report at the final debate at UNLV in Las Vegas.

The Lady and President Tramp: I Can't Believe I'm The President! is April's new one-woman touring show, which is a satirical retrospective of her experiences campaigning across the country during the 2016 U.S. presidential election season.